The Future Of Wearables 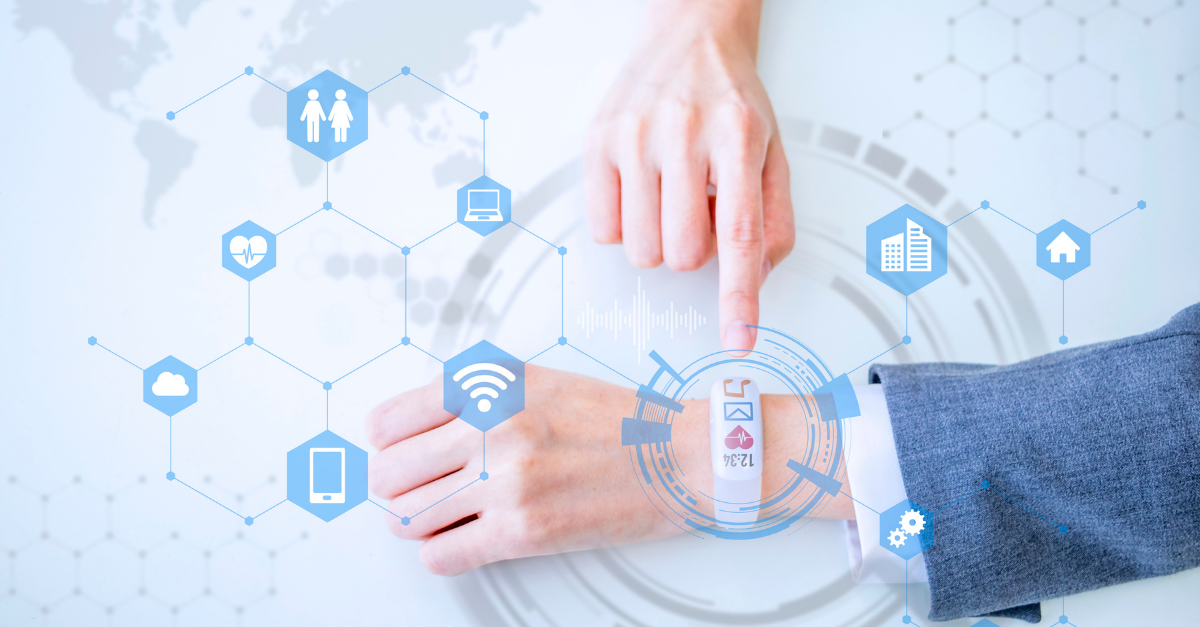 “Wearables” only entered the mainstream lexicon in the last decade with the advent of fitness trackers like Fitbit in the bracelet style. These turned into smart watches, led by brands including Apple and Samsung. And now there are all kinds of “wearables” that will track your fitness from the head (headbands that measure your brain activity) to the toe (smart insoles that measure your gait). New data from the IDC Worldwide Quarterly Wearable Device Tracker, estimates about 396 million smart wearables are expected to be sold globally in 2020 alone. What began as decked out pedometers has developed into a range of products that allow us to capture just about as much data as we would like about our health.

However, research from Gartner showed abandonment rates of smartwatches at 29%, and 30% for fitness trackers, because people do not find them useful, they get bored of them or they break.

So what seems to be the issue with smartwatches and fitness trackers? Is it just too early? Or is there something more elementary? Despite worldwide adoption, the present state of wearables, has not yet fulfilled the vision that many hold of unobtrusive devices that sustain our life and well-being in perpetuity without maintenance.

Ubiquitous cloud computing, lowered cost of data connectivity and low cost smart sensors are just some of the many contemporary enablers of Gen 2.0.

The next step in wearable technology involves re-imagining fundamental building blocks and assumptions held on what wearables can do.

Many obstacles exist, including security and privacy, accessibility, social stigma and pressure, and of course, energy. The next generation of wearables will focus on the problem of energy and device lifetime. Requirements will be inspected to create wearables that are completely maintenance-free and last for decades. Here are some of the technologies we can anticipate in the next 5-10 years.

Smart clothing such as smart vests, smart undergarments, smart shoes, smart socks, and smart tights, will have various potential applications, such as the ability to communicate with other devices, harvest energy, transform into other materials, and protect wearers from environmental hazards.

MIT has created a new type of lightweight sensor that can be embedded into flexible fabrics, including the types of polyesters commonly used in athletic wear. Aiming to provide constant monitoring of vital signs including body temperature, heart rate and respiratory rate. These sensors are machine-washable and can be integrated into clothing that appears totally normal on the outside, and can be removed and reused in different garments.

This research led to the design of a prototype that communicates with a smartphone and may usher mass production with partners in China eventually. It has potential applications across the health industry, in athletics and even in space for astronaut vital sign monitoring. MIT’s research was funded in part by NASA and the MIT Media Lab Space Exploration Initiative, but its potential here on Earth has much more widespread benefit potential, particularly in the era of COVID-19 and the healthcare industry that will result even once it’s more under control.

Wearable devices could also see expanded use in business settings to improve worker productivity and/or to monitor their well-being. Like exoskeletons – essentially, robotic suits that humans wear.

These are used by some manufacturers to help human workers perform better (for e.g., lift heavier weights without injury). Hyundai Motor Group has been testing its Hyundai Vest Exoskeleton, which helps to reduce strain on workers’ necks and backs, in the factory setting. Hyundai says the exoskeletons aim to lower injuries in the workplace and increase employee efficiency. Our prediction is that exoskeletons like this will become the norm in manufacturing and industrial settings around the globe.

Recent research led by the Southern University of Science and Technology (SUSTech) found that gelatin could be used to powering devices in the future with the heat generated from the human body.

The idea for such devices would be fit-and-forget, meaning the user need not worry about the energy supply as long the device is worn. But how do we achieve the energy autonomy of wearables?

This is where energy harvesting comes into play. Energy is abundant in our environment in the form of light, movement, temperature variations, electric charges, electromagnetic waves and more. The real challenge is transforming different forms of ambient energy into a direct current that can power wearable devices. A very fascinating form of such conversion is from thermal to electric energy.

Because our metabolism is a constant heat source, temperature differences between our body and the ambient are almost always present. Thermoelectric generators (TEG) translate these temperature differences to a direct current. TEGs can be extremely small, lightweight and durable and do not contain any moving parts or require any maintenance. This makes them ideal candidates for wearable applications.

Irrespective of all these changes we would still have to interact with wearables on our smartphones and devices. Requiring tons of software and data analytics. But we can help you with that. We know that the present and future of wearable tech is bright with endless possibilities and applications.

The result of this technology surge is certainly going to be better making a more efficient world of devices that operate at a faster speed and are easily worn to perform the assigned tasks and functions.

Wearables straddle multiple market segments already. Fitness tracking, healthcare/telemedicine, industrial IoT to name a few. Thus, we can expect wearables to expand the digital market to a great extent and be implemented in new domains other than the existing ones thereby making our lives safer, more automated, and convenient.

Published in AI and IoT